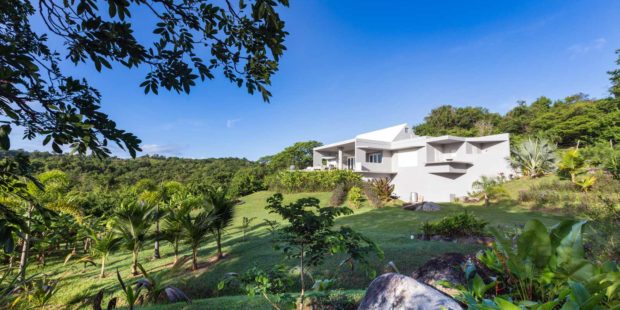 Casa Angular is known as one of the few truly remarkable homes on the island. Situated on almost 3 acres, Casa Angular offers a private setting in which to enjoy the beauty of the surrounding jungle, as well as spectacular views of the Caribbean and the Cayos of Esperanza. On a clear day, you can even see the island of St. Croix in the distance.

Located off the beaten path in a quiet area known as Puerto Real, Casa Angular is easily accessible by car and not far from the Caribbean fishing village of Esperanza.

Situated in one of the most desirable locations on Vieques Island, the house sits atop a hill with southern views towards the Caribbean Sea. The world’s best bioluminescent bay is a short drive away as are numerous pristine beaches where you can be the only people there all day.